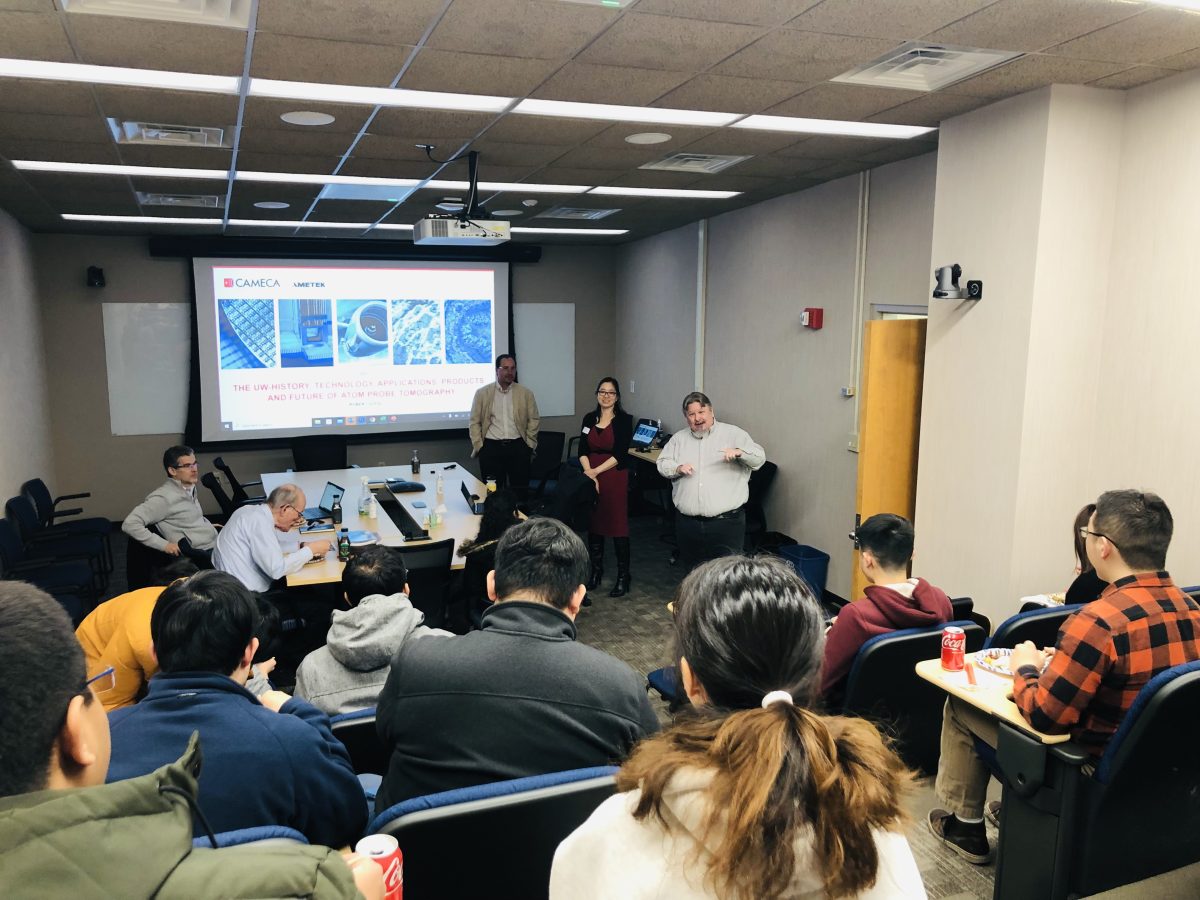 After graduating from the UW-Madison College of Engineering (COE) with degrees in materials science, nuclear engineering, and engineering physics, Robert worked in Silicon Valley for several years. Then he joined a UW-Madsion COE faculty spinoff in 2001, enjoying designing complex APT prototypes. The company was later purchased by Ametek with branches worldwide, allowing him to collaborate with people from diverse backgrounds and cultures as a senior product manager who regularly interacts with many internal stakeholders and external customers for the latest and newest products.

APT is a 3D technique with subnanometer spatial resolution and isotope-sensitive mass resolution. With 80% detection efficiency, APT is the highest sensitivity analytical technique that allows scientists to measure elements across the periodic table! “If you can make thin-lamella TEM specimens, you can make sharp-needle APT specimens! You may hate life if you fail the specimen preparation, but we leverage Cameca’s AMIC membership for partially automated advanced specimen preparation here at UW COE’s shared facilities!” said Robert, bringing smiles to those who are familiar with TEM sample preparation. And the result? APT users can obtain excellent time-of-flight mass spectrometry, 3D compositional mapping, local composition analysis, and compositional profiling of various novel materials.

Although APT was first realized in 1967, it remained an extremely niche technique for decades, used in just a few labs globally. APT provides 3D compositional information with sub-nanometer spatial resolution, so it was just a matter of time before it became demanded by academic and commercial researchers. That time came in 1994 when Professor Tom Kelly from our very own UW COE set out to found his company with a vision to reinvent the technology. However, the journey was bumpy because it took Tom 80 times to fly around the world and 12 years to deliver his company’s first commercial laser-pulsed ATP, ultimately making his “radical” dream come true. The company was purchased by Ametek in 2010, eventually becoming Madison-based Cameca, employing nearly 80 equipment scientists today. With continued innovation in APT, Cameca has over 130 systems worldwide in 17 countries, achieving rapid growth in applications and publications.

What an inspiring story to wrap up our inaugural AMIC Seminar with Industry Series! We are so grateful for its success which brought ten companies to the UW-Madison campus, interacting with nearly 500 online and in-person students, faculty, and staff. Due to its popularity, the AMIC team has decided to continue our series through Spring 2023. Please follow us for those activities via:

Thanks to all who contributed: our AMIC members, participants, and dedicated AMIC team! Specifically, we thank the Materials Research Science and Engineering Center (MRSEC) for sponsoring this series. And see you all next semester!